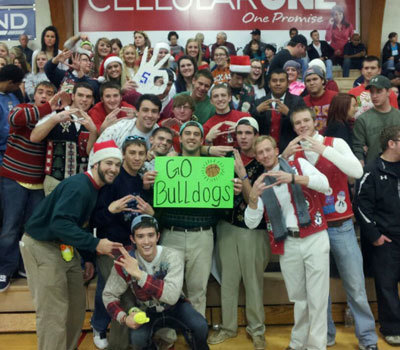 This photograph of Southwestern Oklahoma State University’s Tau Kappa Epsilon fraternity was recently named Great American Conference Fan Photo of the Week in December. The fraternity members, dressed in some of their “favorite” Christmas sweaters, cheered on the Bulldogs as SWOSU swept a men’s and women’s basketball doubleheader from the University of Central Oklahoma. The next home games for the SWOSU teams are January 2 for the men against Dallas Christian at 5:30 p.m. and January 12 for both the women and men when they host Arkansas Tech at 5:30 and 7:30 p.m.