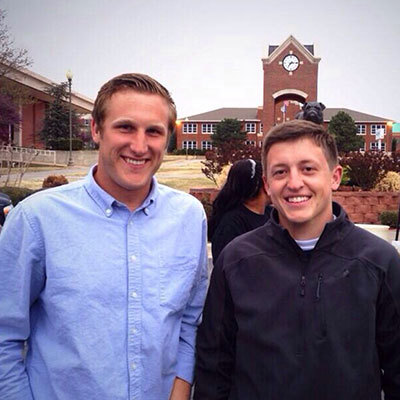 Taylor Kincanon (left) of Weatherford and Austin Cantrell (right) of Blanchard were elected president and vice president, respectively, of the Southwestern Oklahoma State University student body during elections April 21-22. Kincanon, majoring in finance, and Cantrell, biology major, will lead the Student Government Association in 2014-15. Also elected was Fairview’s Dossanna Miller, math education major, who will serve as the SGA’s treasurer. Everyone is invited to the SGA’s meeting on Thursday, April 24, at 6 p.m. in Room 108 of the Stafford Center. The newly elected officers will take the oath of office and make their first remarks to the student body.