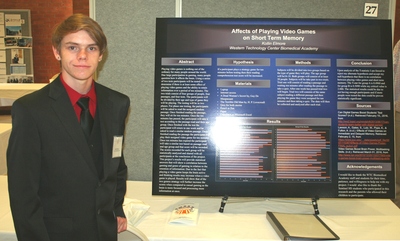 Playing video games is nothing out of the ordinary for many people around the world. Due large participation in gaming, many people question how it affects the brain. Using a series of two tests participants will be tested to determine if there is at least some effect of playing video games and the ability to retain information over a period of ten minutes. The two trials consist of four groups of people, four passages, and four tests. The participants will be divided by their age and type of game they will be playing. The testing will be in two phases. For phase one testing, the participants will be asked to read the assigned random passage. Once finished reading the passage, they will sit for ten minutes. Once the ten minutes has passed, the participant will take a test according to the passage read and their age group. Once finished with the test the participant will return in one week and be asked to read a similar random passage. Once finished reading the passage the participant will play their assigned video game for ten minutes. Once ten minutes has expired the participant will take a similar test based on passage read and age group and that score will be recorded. The scores recorded for each group will be statistically analyzed and shared with all participants at the conclusion of the project. This project's results will provide statistical answers that will show a correlation between gaming and genre of gaming in relation to the retention of information. Due to the fact that playing a video game keeps the brain active and thinking results may increase when a video game is played. Results will show that of the two genres strategy will further increase the scores when compared to casual gaming as the brain is more focused and processing more information at once.