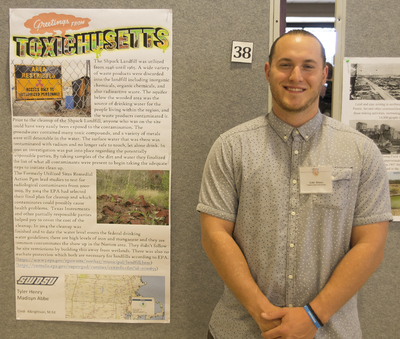 The Shpack Landfill was utilized from 1946 until 1965. A wide variety of waste products were discarded into the landfill including inorganic chemicals, organic chemicals, and also radioactive waste. The Shpack Landfill is located within a wooded swamp and also close in proximity to many people. A three mile radius of the site has just around 40,000 people living in it. The radioactivity had found its way to the aquifer running below the marsh. The aquifer was the source of drinking water for the people living within the region. Prior to the cleanup of the Shpack Landfill, anyone who was on the site could have very easily been exposed to the contamination. The groundwater contained many toxic compounds, and a variety of metals were still detectable in the water. The surface water that was there was contaminated with radium and no longer safe to touch, let alone drink.